I’ve started a new project co-authoring a book with my computer. The goal is to encourage myself to work on my generative handwriting algorithm. My plan is to create a new page each time I make an update to the program so that I can record a progression of the changes.

Each page will be available on Hic et Nunc as an NFT, so if you are into that be sure to follow me on twitter to see when a new page is released. 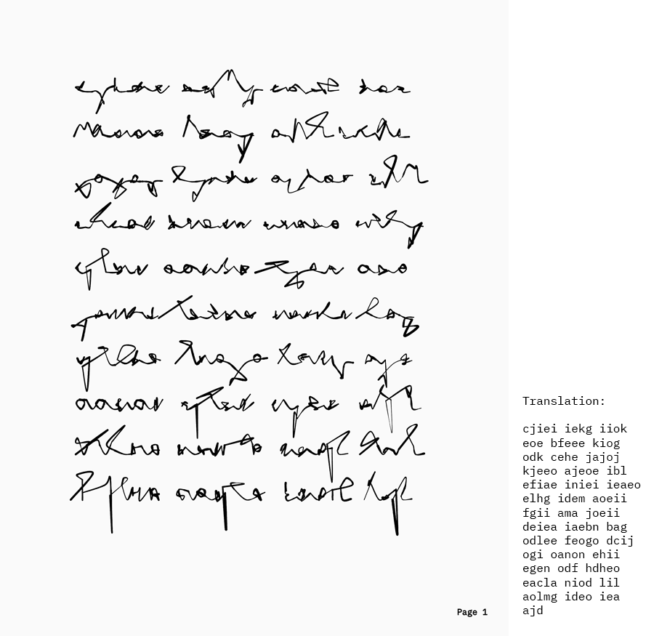 Right now the program is very basic. It creates a collection of letters, grouped into words, and then writes out the results using a set of 5 glyphs. Each glyph has a different result each time it is drawn, so there is always a unique result.

Eventually I hope to add more glyphs, create capital letters, and even add punctuation. I also want to improve the text generation to more closely resemble actual words. I love the idea of keeping track of my progression by documenting it in a book format. 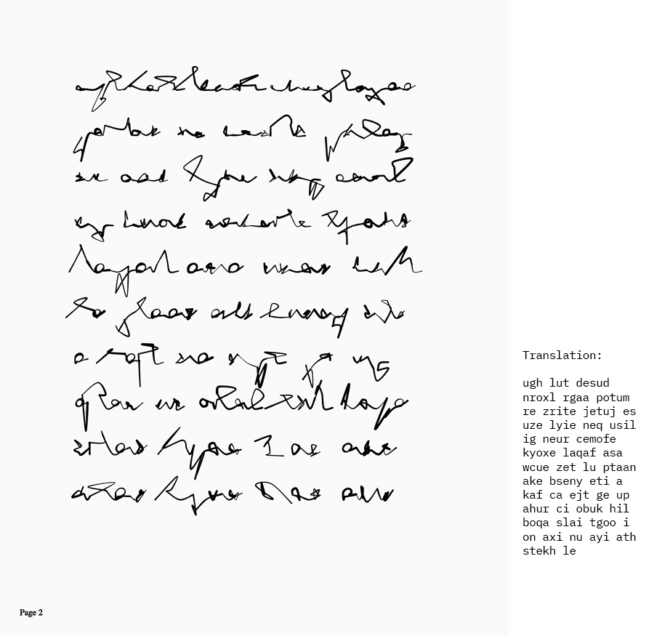 For the second page, I made a change to the way the program creates words. Originally, each word was made up of letters randomly selected from a string:

Now, I’ve changed the word formation to use consonant-vowel word patterns like CVC and CVVCV etc. I also took a cue from Wheel of Fortune and doubled the amount of the most common consonants (R S T L N + C) and the vowel (E).

First, a pattern is selected for the current word, then letters are pulled from the corresponding array.

The written results don’t look much different from page 1, mostly because I’m still only using 5 glyphs for the entire alphabet. But the translation looks a lot more like something you could actually decipher. Also note the adorable little star* that randomly appeared in the last line. 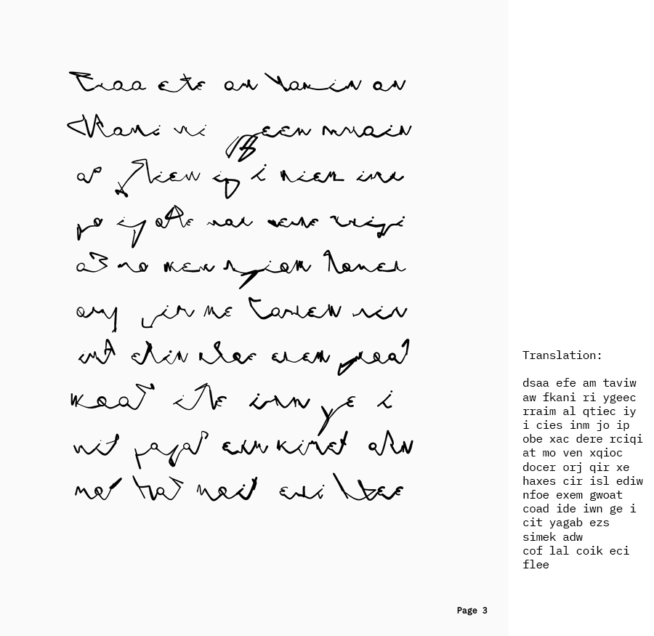 The third page is all about vowels. I made a separate glyph shape for each vowel and dropped the letter “u” from my alphabet. I haven’t decided if I want to pursue making an entirely constructed language or keep it more asemic. I suppose I could try both in the future!

The written results look different on page 3 compared to pages 1 & 2, and it’s easier to find a “word” in the manuscript when you can identify the vowel shapes. I had fun generating a bunch of pages using this code, it’s just so beautiful! But this was my favorite one, so it is the official “Page 3.” 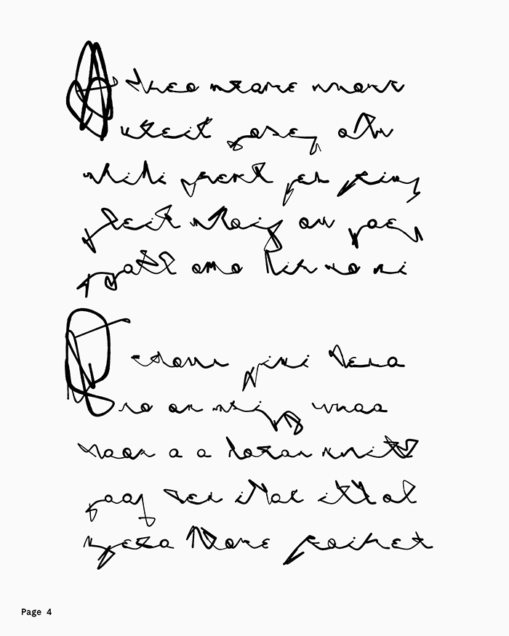 In page 4, I added versals (drop caps) and some basic paragraph forms to the manuscript. I had a lot of fun playing around with the versal shapes, and I am planning to make them even more exotic in the future. But for now, at least I have the basic structure in place.

I’ve also decided to go with a purely asemic exploration in my manuscript, and my goal now is to evoke a narrative without the use of semantics. Thus, I dropped the translation bit because it doesn’t really matter what letters the program picked for each word. 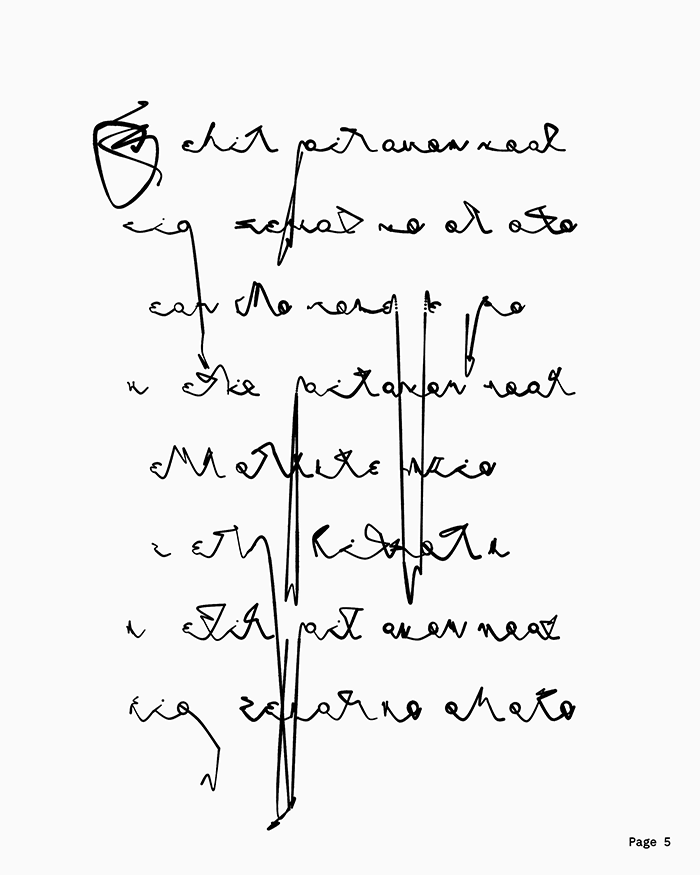 This is the first poetry page in my manuscript.  I’ve started experimenting with rhyming structures and how to convey a sense of poetry to my writings.  For this Triolet (an 8 line poem), I adjusted the sentence-generator to repeat certain lines and create the rhyme structure ABaAabAB.

You can tell that the “words” are the same for lines 1, 4, and 7 even though there are variations. I also played around with the glyph y axis to create the “dripping” effect which works quite nicely in this poem.

I would love to hear any thoughts or comments!